Another circle is complete.

Serendipity is not something you wait expectantly for. It is like trying to manufacture wabi, which will leave you only familiar with failure and disappointment.

Things happen as they will.

Today a package came. One that really was almost 7 years in the making. Perhaps much less so than the 15 years with the version 2 Kamen Rider Angel http://toyboxdx.dsri.xyz/brog/?p=635 , but one that none the less was a long path of frustration and patience.

I sit with the box for a few minutes and clear my mind. I set up my laptop with an episode of Kamen Rider as a background and feel the burn of excitement well up. Better open the box before I cut myself on the knife with shaky hands.

Why the nervousness? Well like some of the others, we have a history together, maybe even some baggage.

First located in the pages of Toy Shop magazine in the early 2000s, it was , as with many of the rarer tins , long gone before you could call the seller.

A few years later, the same toy shows up in the pages of a 2006 Morphey auction. At the time, I was hyper focussed on winning the Ultraman Leo that was also in the same collection, and by now you all know how that went.

December of 2008, the exact same toy showed up yet again on Yahoo Japan, and I made an offer after the auction ended with no bids. The seller agreed to let it go for my offer and I happily sent the money to my buyer to secure it.

The seller had the same toy with another dealer who had listed it on Ebay at the same time for almost twice the price. As luck would have it, the auction ended without bids, but appeared to have been sold to another interested party.

It occurs to me this exact MIB specimen, appeared again and again, each time for the past 6 or so years, due to the fact that the damage on the box was instantly recognizable . It had passed hands many times over the years , yet managed to elude me at each turn.

So I waited again, realizing sometimes the toy comes to you when it is ready.

A little over a month ago, and out of the blue, a second showed itself, which was fresh to market and fell under the radar…I thought I must have had un-cashed in toy karma, or the universe was starting to feel bad for my pathetic attempts to obtain one. In addition to it being a second specimen, it was also mint in a much better box, and yet maintained the same superficial damage in the same area as the other box?!
This led me to believe my long term theory , that these were part of the same shipment of Angel/Bullmark tins might not be such an insane conclusion. Here we had two V1 versions with the nearly identical box damage, which also coincidently dovetailed with the V2 version tins, that again, shared similar condition details. There was and is a story here. One I do hope to finish… some day.

Until then I will have to satisfy my growing curiosity patiently with yet another “Angel”, that made its way home by leaving the cage door open. 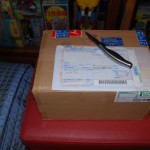 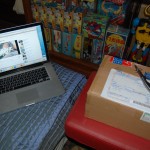 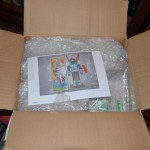 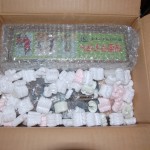 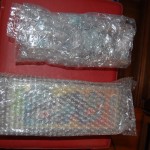 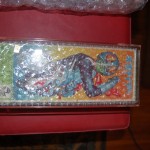 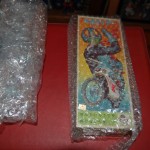 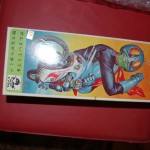 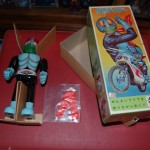 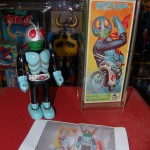 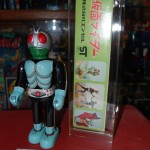 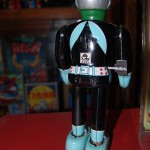 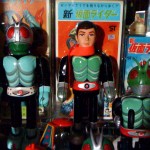