Zabitan from the Akumaizer 3 series.
Made by Bullmark with Takatoku copyrights on the box and his feet.
Nice cooperation. Bullmark: Born to be wild

â€œYou Meet the Nicest People on a Honda.â€

So true. One of the greatest & successful slogans in motor-history.

Comments Off on Bullmark: Born to be wild

…ups, Bullmark did it again. A robot that could transform into a motorbike
is riding a motorbike. Strange, but kinda cool.

Maybe Zaboga ran out of fuel, or he had a well-paid sponsoring contract
with Honda? Who knows. It was pretty trendy to ride a Honda four in
the 70ties and Zaboga was a freakin’ cool guy. But this time he’s not riding
a big 750 four…he’s riding a little Trail ST70 aka Dax. Holy shit!

I have a few “Zaboga bike toys” now, but this one is the coolest.
When it popped up as a direct-buy on ebay, I only needed 4 seconds of thinking
if I “need” it or not. Responsible for my fast decision was the box-art and
the fact that I love bots on bikes.

Lets start with the box.

The box-art is fantastic and also very surreal.
Zaboga crusing around on his little Honda, meets his alter ego,
transformed into a bike. Must be disturbing for him.

The Zaboga figure is vinyl and most parts of the bike are made out
of plastic. The whole toy is really well made, with lots of nice details.
Front wheel fork is solid metal, also the handle bar. It also has a
friction drive action feature.

Here are some more detail shots of the toy.
Click on them to enlarge. 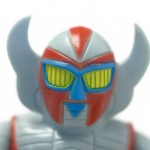 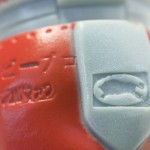 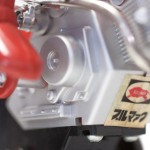 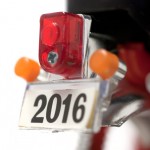 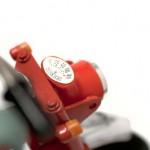 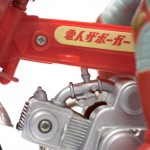 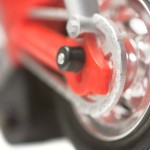 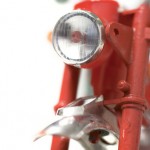 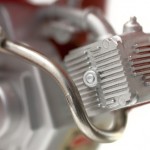 Here you could see Zaboga on his little Honda Trail together with
a few other Bullmark Zaboga bikes.

That was my easter-bike-brog. Hope you liked it.
Now I have to find a Bullmark big sofubi Zaboga in “bikemode”
and the big plastic Honda 750 four with Zaboga…still enough stuff
out there to collect ;-)

More fotos as usual in the BBS. Comments Off on Happy Easter!

This is no april fool hoax!

I did something crazy on this 1st April!
My toys got the chance seeing the sun for 10 minutes.
Probably the value of my collection had been decreased for several hundred bucks…who cares ;-)

edit/ I even touched my toys without gloves

Comments Off on This is no april fool hoax!
Site Map