Standing at a foot tall and sporting a scarf, this is probably my favorite in Popy’s “BIG” line of vinyls circa 1981. Of the four Popy “BIG” vinyls, that I know of at least, I own only three. KR Super 1, Tetsujin 28 and Tigermask, Golion being the odd man out due to it’s supremely bad ass ability to combine.. Either way, neither of other two I own step to Kamen Rider SUPAHHH 1. Nothing spectacular aside from the removable vinyl fists and window box (common among all “BIG” vinyls), similar to his chogokin counterpart.

Not really that exciting of a toy. Honestly I just wanted an excuse to see how many times I could write “BIG” in quotations. Whoo hoo!! 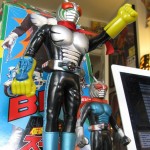 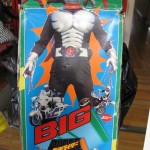 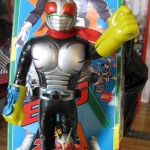 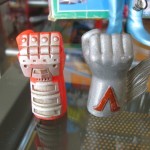 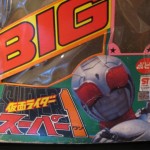 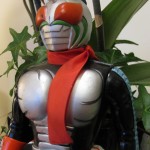