Well with this box they are even rarer !
These three guys are the Italian version of the Takemi Grandfigher from the original TV serie Gingaizer . 1977 rules baby! Grendizer (the tail end of the series, thank you Duban) for starters, which Gingaizer no doubt Nippon Animation’s answer to.. What is there to say about a standard sized vinyl? Two points of articulation and an AWESOME backer and header card! A very rare sight indeed. It pisses me that these are not more of these standard guys available. I have a very hard time believing that they were / are popular as the show sucked ass so bad….

The other two standard sofubi continue to elude me for now, but I will hopefully finish the trifecta of Granfighter, Spinlancer and Bullgator soon.

Reigning Looney in partnership with Fewture have released some modern representations here, but have yet to deliver.

Head over to the BBS and discuss HERE! Courtesy of my friend Virginio de Angelis. This “Daily Money Shot” will make any base collector fall to his/her knees.. Bring it? It’s been brought.. Comments Off on Gang of FIVE!!

More vinyl. Only the tip of the iceberg

There are many more Diapolon vinyls out there…

Comments Off on More vinyl. Only the tip of the iceberg

The Good, the Bad and the Boss Palder

Thanks to Robert Duban I have a new holy grail. Every Xmas morn we adorn our Machine Blaster footie jammies and call each other to report on our respective hauls. Well, next year I’ll not only have my jammies, I’ll have my pistolas in tow. It seems every year I digress a little bit more.. Hmmmm……. Comments Off on The Good, the Bad and the Boss Palder 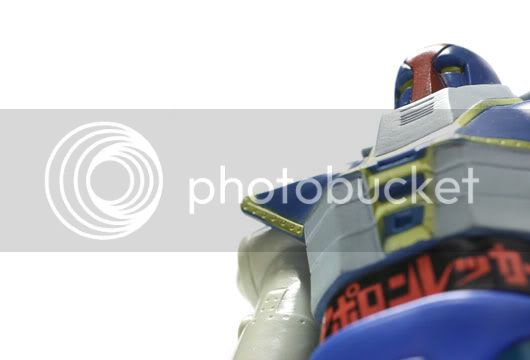 yeah , it was in the one store you didnt get to go to thor .